Over the course of a boy’s middle school free time, he will inevitably hear or participate in the male contest of “yo mama” jokes. In case you’re unfamiliar, “yo mama” jokes are generally framed as “Yo mama is so (adjective, usually ‘fat’) she (some sort of thing that she does that describes the previous adjective)”. This usually went around for awhile, with no one really getting that offended, until you had the wise guy in the group decide he was going to shut down the party. He waited patiently for someone to make fun of his mother, or he initiated the attack by making fun of their’s first, and when their quip was finished he responded with these silencing words:

With that, everyone stopped. No one knew whether or not he was serious. And no one could ask, because the circumstances seemed to take a quick turn for the dark. All joking ceased. The wise guy had effectively won the game.

This silly playground analogy is effective in crystalizing what many activists, politicians, and people in our everyday life do to win the game of arguments. Instead of forming an argument out of premises and supporting evidence that is verifiable and logical, they shift to attacking something that is more prone to disregarding facts; emotions.

Watch any presidential debate and chances are you’ll see prime examples of this exact scenario. One candidate will corner the other with statistics that support his argument, seemingly pinning his opponent on an issue such as gun control or the economy. Up against a corner, from which he cannot tenably respond, he pivots to a personal story that sounds more or less like this one: “While I was in (insert any random city within the U.S. of A) I met a gentleman by the name of Billy Joe (or John Clink, or Joe the Plumber, or Jack Winkleberry, or any unverifiable somebody) who told me a story about how his brother was savagely killed by a man with a gun (or a story about him losing his health coverage when he had cancer, or a story about him losing his job and have five mouths at home to feed). We can do better than this America!”

None of the numbers hold any weight against a man who lost his brother, or lost his health coverage, or lost his job. We essentially shut down all logical processes as sympathetic remorse begins to mold our opinions on the issue; it is in our human nature. This clever tactic silences all opposition in the trickiest of ways.

The Black Lives Matter movement uses the same tactic. Every month there is a new poster child for police brutality. When faced with the astronomically small numbers of police brutality complaints (less than 0.01% of all police encounters according to the Bureau of Justice Statistics), personal stories rise to the forefront of the conversation:

“I was pulled over just because I was a person of color.”

“I was thrown up against a wall and frisked for no reason.”

No one can argue against these personal accounts. And likewise, no one can verify them. For all intents and purposes, their Mom is dead, and you are heartless for saying otherwise or being critical of their position.

One of the biggest problems with personal accounts is that they are largely unverifiable. When I argue that radical Islam is becoming a problem in the world, I have to make the assumption that you are being completely truthful when you respond by telling me your friend Mustafa was beat up for being a Muslim. Asking amplifying questions may put your credibility into question in a way that I may not be comfortable doing if I am trying to maintain a positive and productive conversation with you. Was he beat up for being a Muslim, or was he instigating in some way? Do you actually know this person or are you personalizing something you saw on the news? All of these questions are imprudent. If what you are saying is completely accurate, then that is a horrible and unfortunate thing. But unfortunately for the spirit of good discourse, you painted my argument incorrectly because I was in no way arguing for the assault of religious minorities in the first place.

The next problem with personal accounts is that they are more often than not the precursor to a straw man. A straw man argument is an informal fallacy based on giving the impression of refuting an opponent’s argument, while actually refuting an argument that was not advanced by that opponent. If I was to argue that the restriction of firearms will not do anything to stop violent criminals, and you respond that your whole family was killed by gun violence and that I must not care about anyone who died from gun violence, you have created a much easier position to attack. I must be morally corrupt if I didn’t have any remorse for your dead family. But again, you painted my position incorrectly. And if I am smart, I would not allow you to carry on with defining my argument. Personal stories oversimplify complex issues, which is not healthy when one wishes to have a productive argument.

Finally, personal accounts tend to be shaped, selected, and portrayed out of the waters of confirmation bias. It doesn’t benefit your position to tell about the six times you had a pleasant conversation with a police officer. It’s that one time where you were pulled over for speeding that’s going to rile people up. Because you know it wasn’t because you were speeding, it was because you fit the profile of a gang member. I mean, you were speeding and you didn’t have your seatbelt on, but that cop was a jerk. He was a racist. He didn’t say anything, but you knew. It was how he looked at you. You didn’t like it.

Personal accounts have their moment to shine when they help shed light on a point that has already been made with empirical evidence. But on their own they can be misleading and weak, relying on their ability to silence criticism as opposed to their merits. A personal account is not an argument. It cannot be verified. It is more often than not biased. Understand this the next time someone attempts to silence your criticism with a shocking revelation.

“Your mom isn’t dead dude, I was at your house last week.”

The Casualties of Meme Warfare 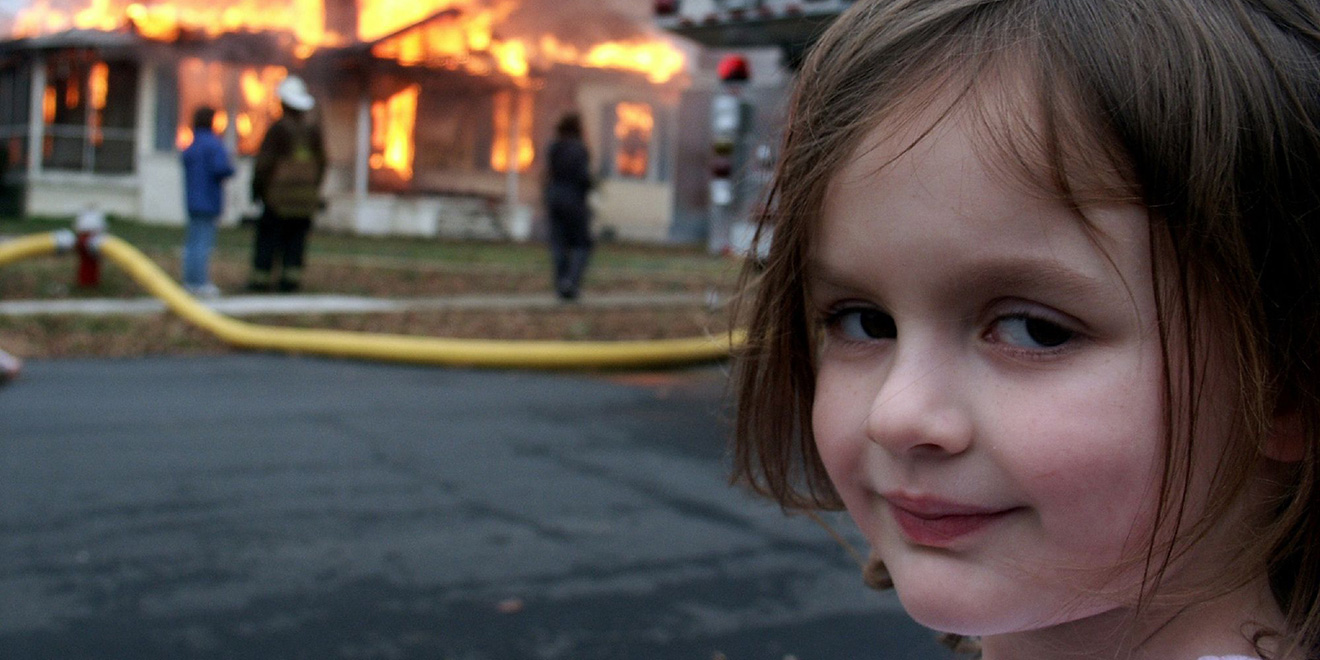